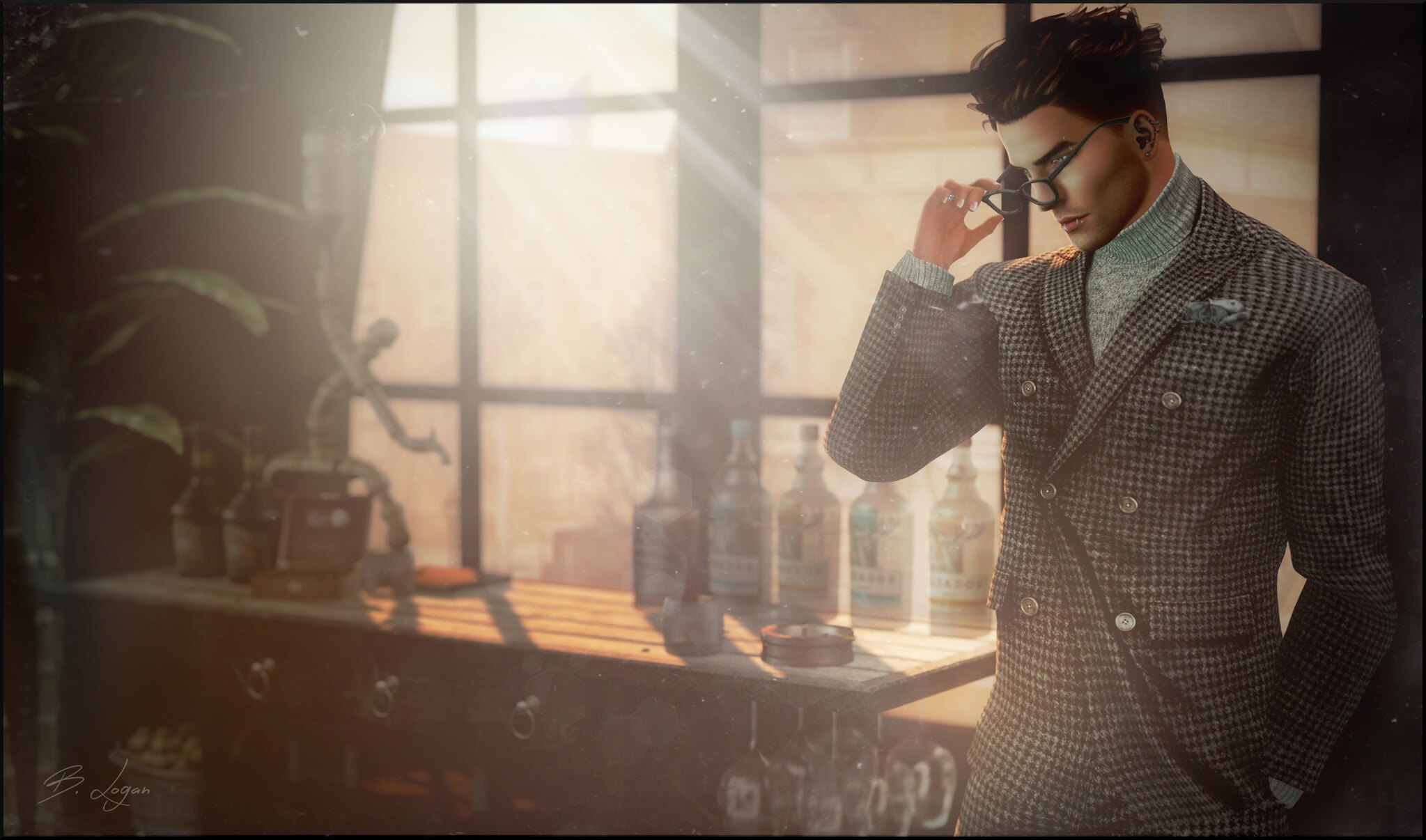 It happened…
It is happening…
All at once, and also taking it’s sweet ass time. (But that’s okay).

I was once someone afraid of the fall.
I didn’t know it then, but now I do,
Because this feeling is so different, baby.  It’s so different with you.

Your fulfillment, my mission.
Your trust, my life.
But your every pleasure, baby… Mine.

ON LOCATION:
[ The Chamber ] (membership required) 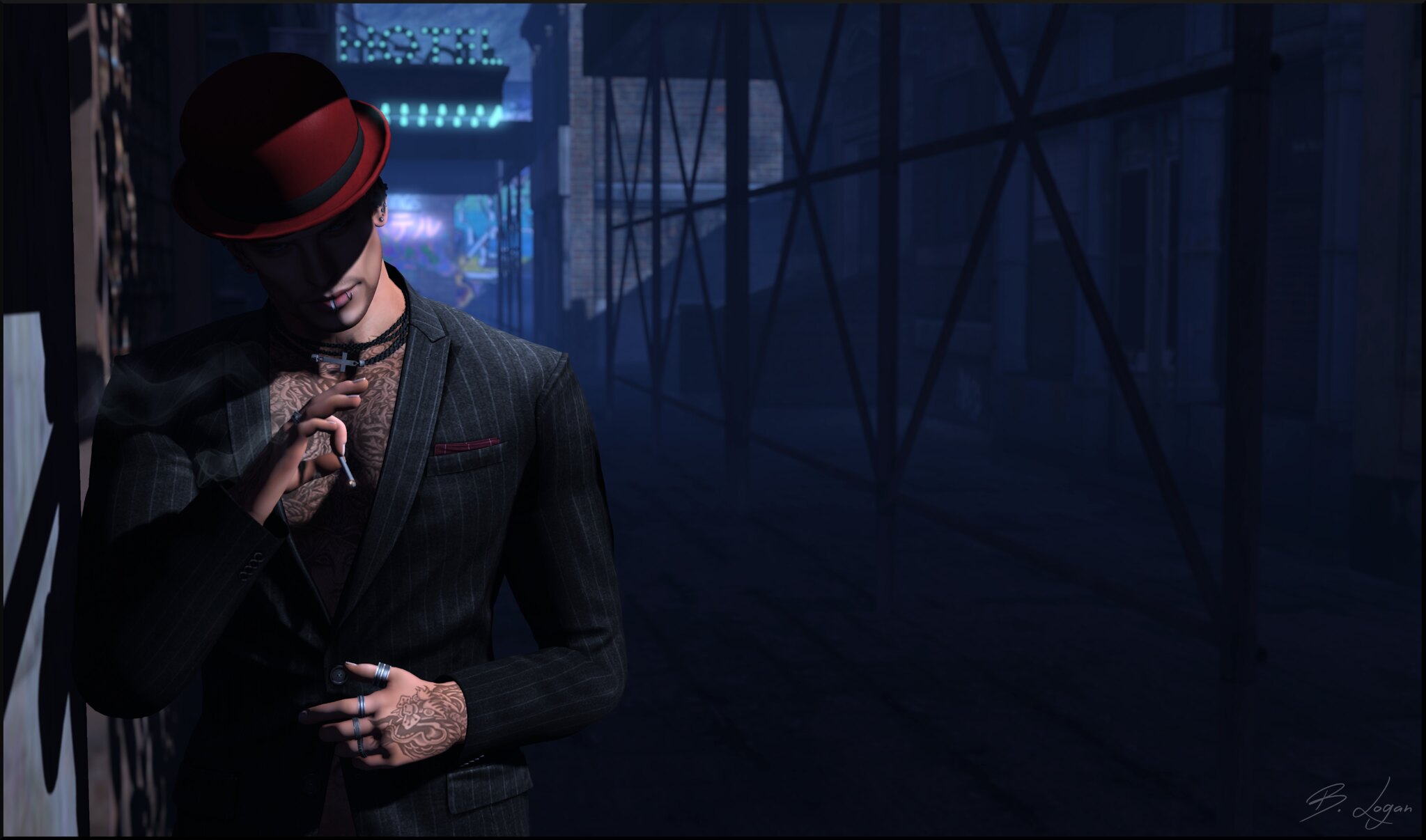 Sorry if it’s hard to catch my vibe, mmm
I need a lover to trust, tell me you’re on my side
Are you down for the ride?
It’s not easy for someone to catch my eye
But I’ve been waitin’ for you for my whole damn life
For my whole lifetime 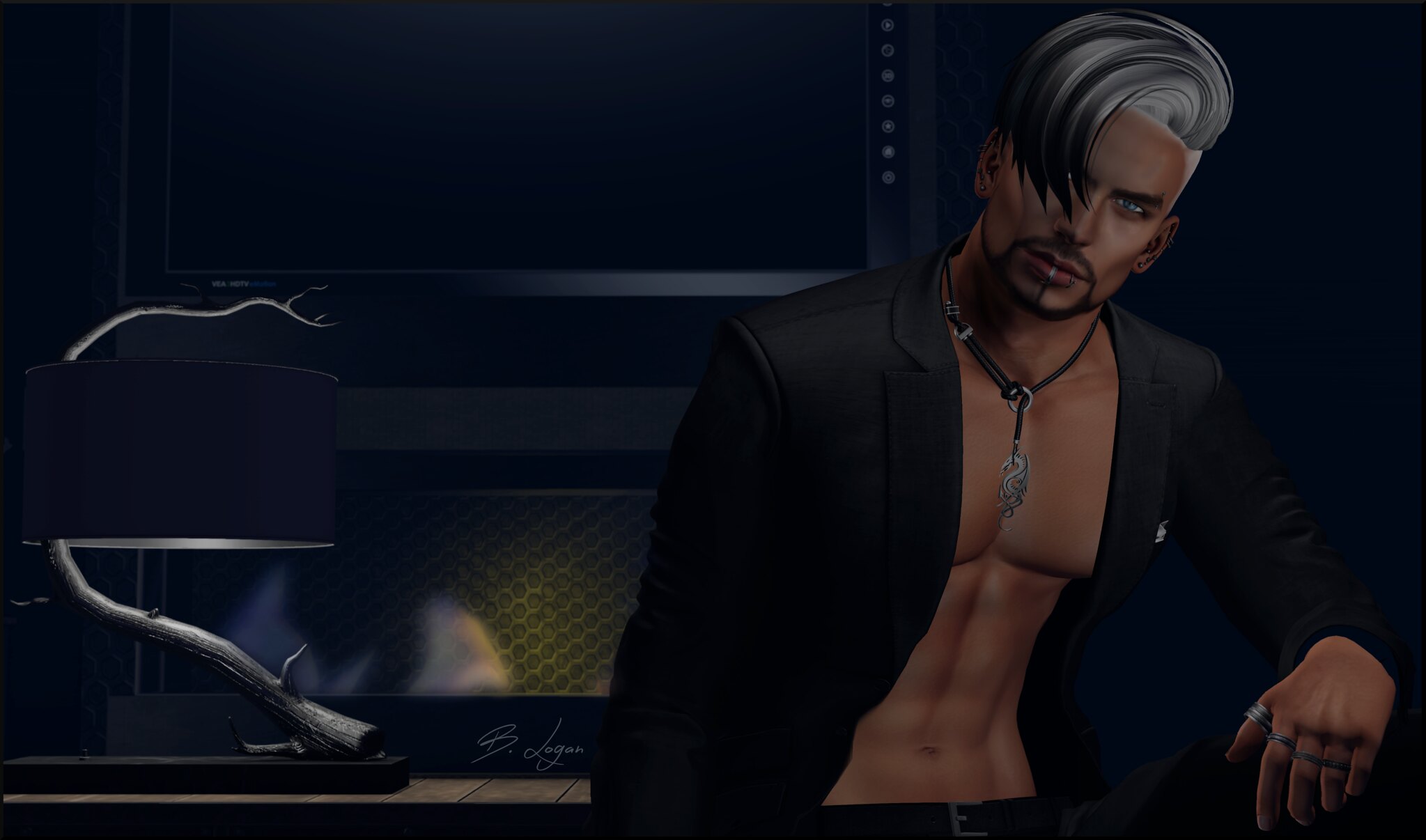 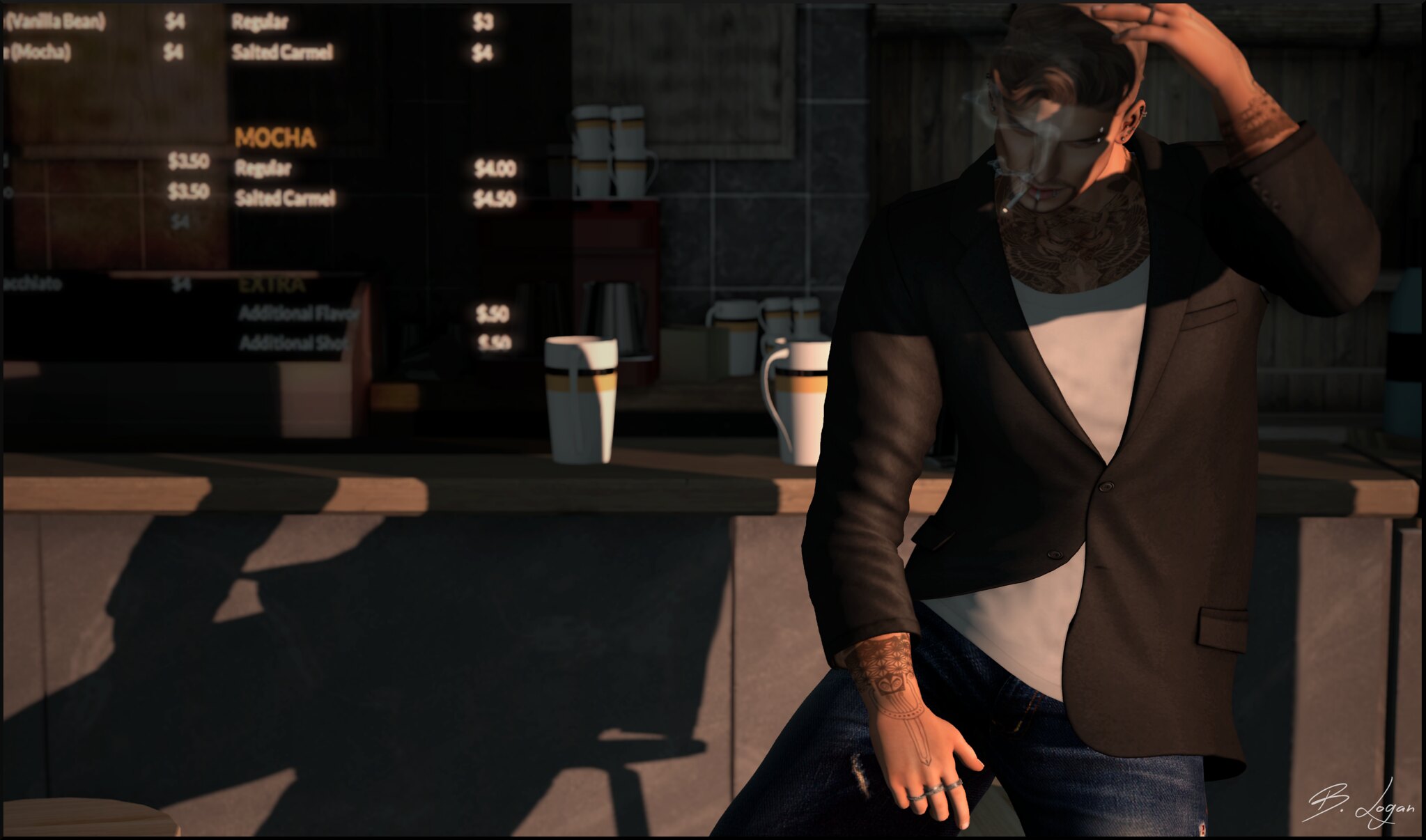 I was aware of my friend sitting next to me.  So much I wanted to say to him, but the words would never form.  It’s not that they didn’t exist; more of a bottleneck.

He knew though…  He knew… 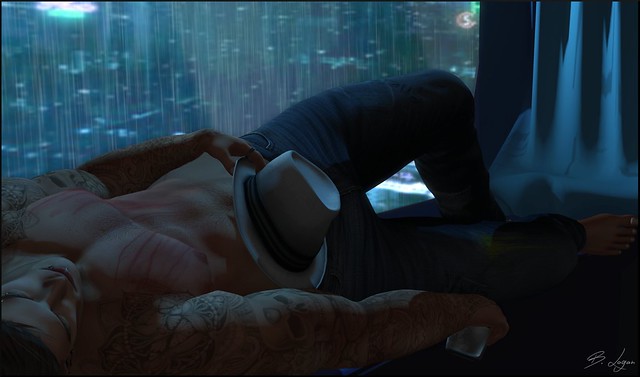 The marks left were still healing when the glass slipped from his fingers. 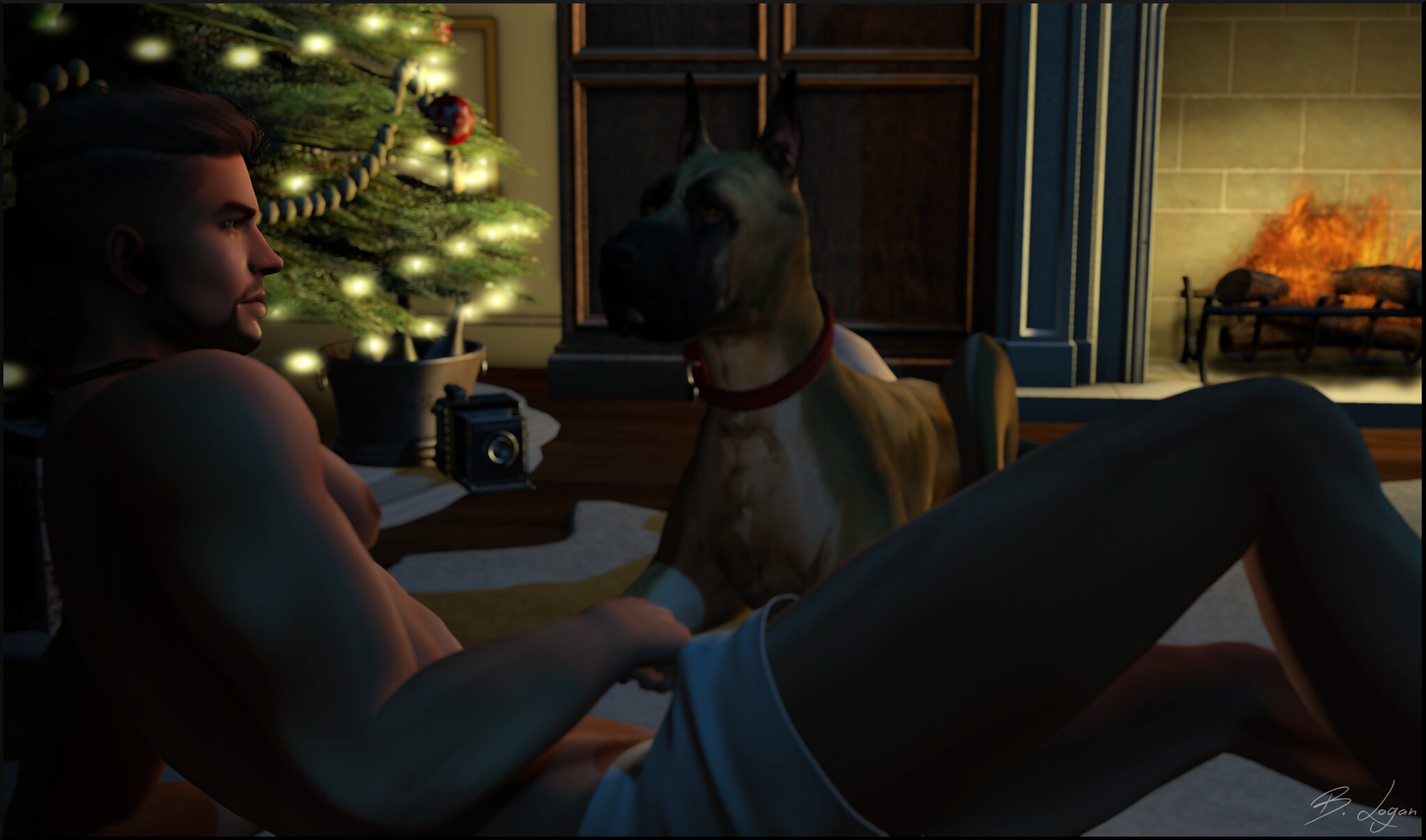 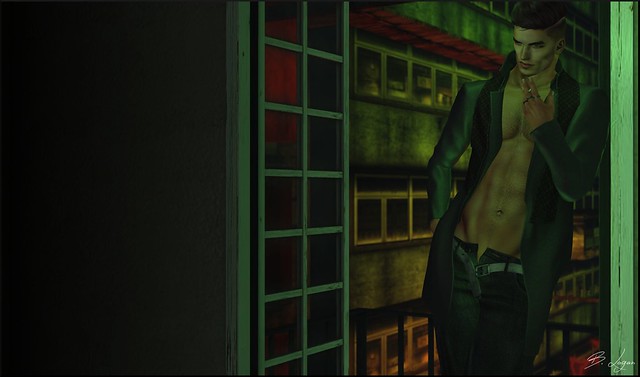 Standing up in the dark room, he found his pants on the floor with the belt still through the loops.  He sat on the edge of the bed, stepping into his pants one leg at a time, then stood up to pull them up lazily.  He didn’t even bother to zip the fly.

She was watching him, propped up on her side, her head in her hand.  Her gaze traced the outline of his silhouette… The way the neon lights from outside stuck to certain curves on his strong, lean body.  She bit her lip, moving her teeth across until it popped back into place, but he was ignoring her.  He was still feeling numb, thanks to the drinks he consumed all night.

His plan was to stay that way too, if he could help it.  It made things easier for him.  Simpler.  Walking slowly to the chair near the patio door, he picked up his coat and slipped his arms into the interior of the silk sleeves.  Pushing the french doors open, he stuck the filter end of his cigarette between his lips, and cupped his hand over the end to light it.  Once the cigarette was lit, he took a long drag… Holding it down at the back of his throat as opened his lungs, feeling his body reach that smooth layer of relaxation from inside out.

Turning, he leaned against the doorframe onto his left shoulder and finally looked at her.  “When are you leaving?” he slurred out, before taking another drag from his cigarette.  Normally he wouldn’t be so rude, but this is what he needed, and apparently what she needed tonight as well.  She rolled onto her stomach, lithe like an expert kitty.  He nonchalantly worked on his smoke while he watched her draw her knees and elbows together underneath her, forcing her back to arch before she moved her upper body back forward, her ass sticking up in the air by it’s lonesome now.  Her fingers dug into the sheets on the bed while her eyes brazenly matched the desire of her pouty, parted lips.

While her body paced the soft sheets on all fours, he took one more long drag, before he flicked the butt over the railing of the balcony.  His left hand reached for his right collar, dragging his silk scarf off of his coat.  Walking towards her now, shrugging back out of his coat and letting it fall right on the floor, he bent his right knee, pressing it into the mattress as he mounted up behind her.  His free hand grabbed her hip, pulling her body back against his, then reached around her, leaning over her back as he pressed himself against her backside.

Her body was rolling back against him greedily as she looked straight up at him, her head nearly sinking between her shoulder blades.  “The numbness never helps for long darling… ”  Suddenly, she felt the silk scarf slide across her lips…. and eventually between them.  Pulling the silk hard and taut, tying it securely, then he shifted his hips enough against her to make his pants fall back down to his knees and onto the bed.

“You’ll wish you were numb when I’m done with you.”