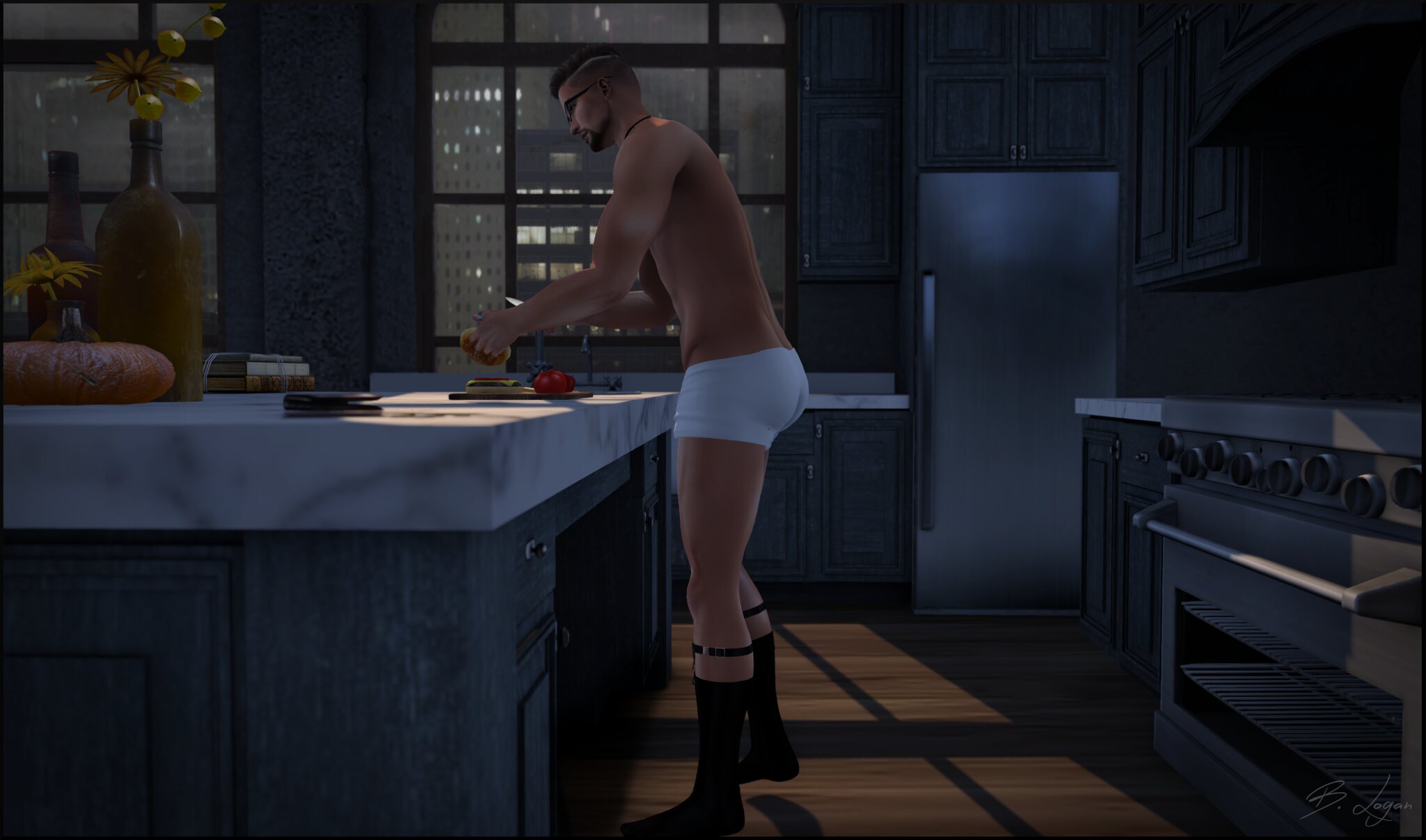 Finishing both sandwiches off with his favorite honey mustard, a slice of tomato and crisp lettuce on each, he quickly resealed the jar, putting it back in the fridge and shutting it with his foot as he turned around, singing his made-up song.  Tossing the knife into the sink quickly, he stacked and grabbed the sandwiches, a folded napkin between.  He half laughed half yelled as he set the chilled bottles of water under his arm, heading back upstairs.

The wet chill touching his skin made him smirk with an idea for later.  Once he landed on the loft level, he looked at her, sitting on his bed clutching the sheet to her chest.  He just hoped the sandwiches had enough calories.