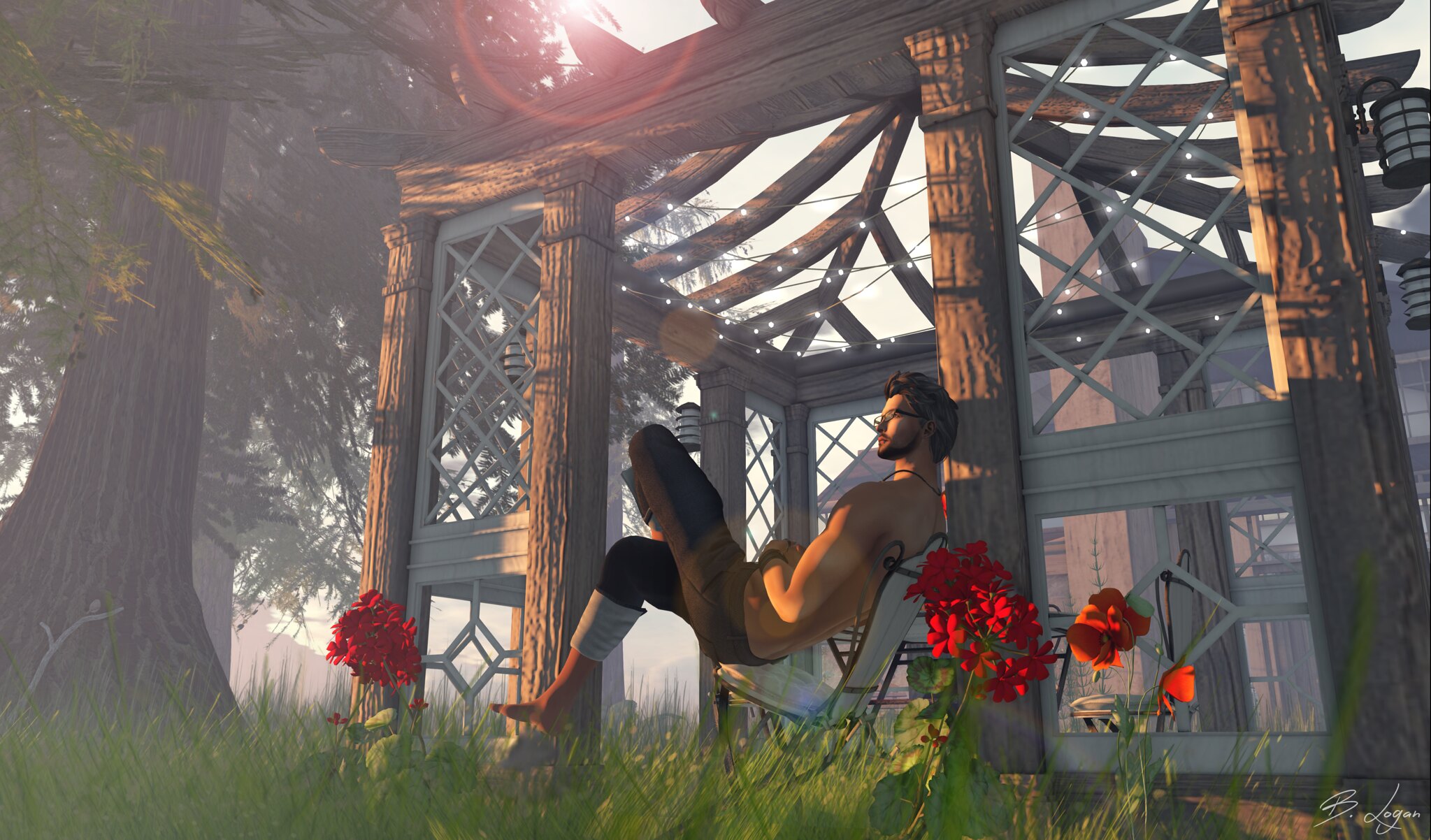 He leaned the chair back until it hit the sturdy wood behind him.  The setting sun was still warm on his skin and blanketed the air around him for now.

If you looked at him, he was there, but if you could look from the inside, he was numbly looking around, never focusing on any one thing in particular.  His company was the quiet and his companion the soft breeze.

And that was okay… Just like that, as it was.