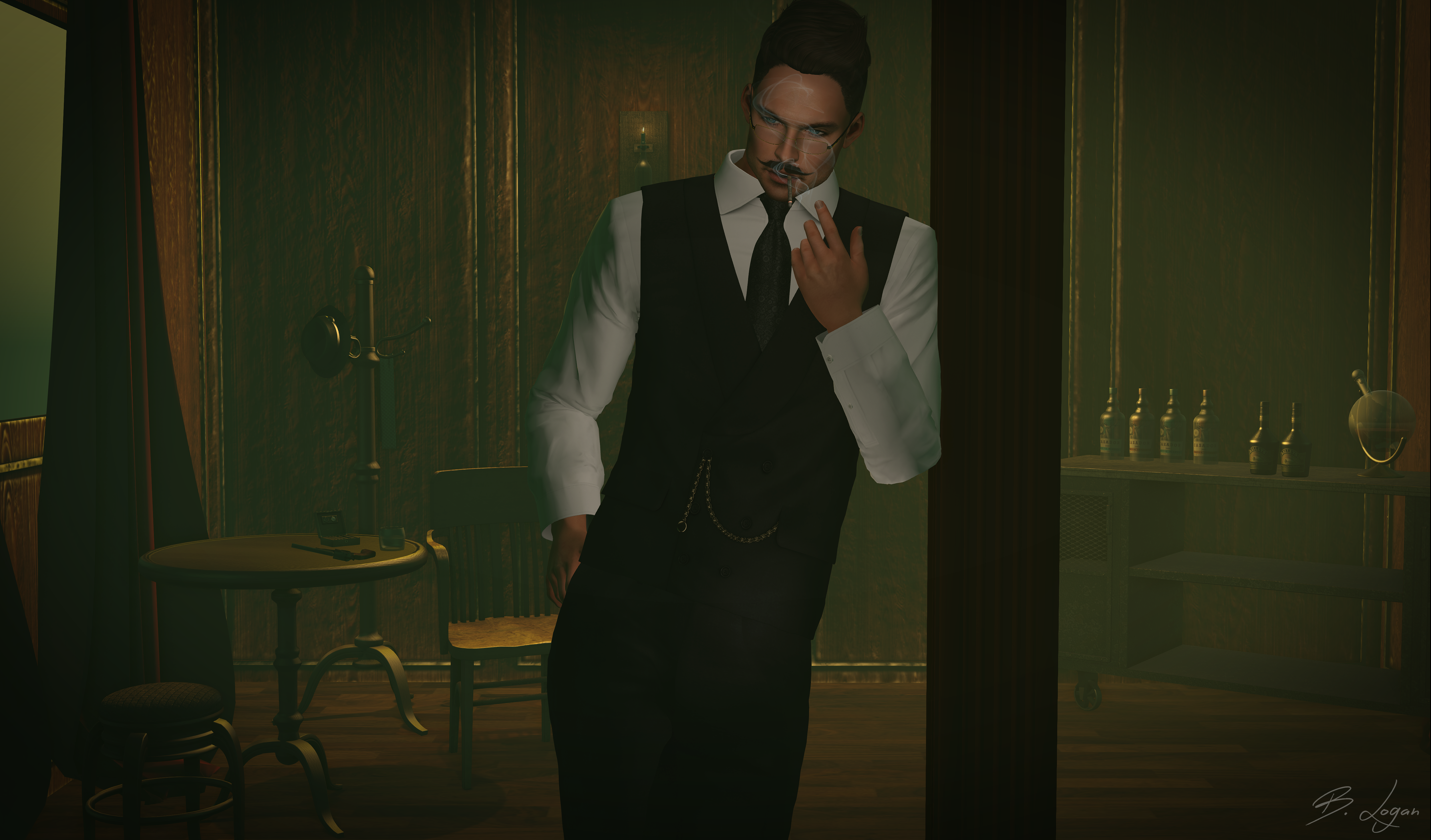 Emptying his pockets, he took his Webley out from it’s holster, setting it down on the table in the corner of the bar.  Reaching over the chair, he hung his shoulder holster up on the coat rack and smoothed out his vest.  He turned around, taking slow steps as he checked his pocketwatch.  His business transaction today was with a certain foe, but they both understood that they needed each other for this one particular job.  A temporary, if not lasting (ha…), truce would need to be made.

Having moseyed around randomly through the emptied bar, he reached into his vest’s pocket for his cigarettes while leaning against a column.  Deftly, his fingers trickled a stick out, placing it between his lips; his forefinger brushing his mustache a moment.  He was focused and ready while striking the match.  His temporary ally needed to see him poised, calm, and unarmed to accept his terms.  If his brothers were to walk in right now, they’d think he had lost his mind, standing there without his pistol nearby.  That’s why he sent them to do an errand.  He knew what he was doing though.  Not a doubt in his mind.  If his new friends were going to underestimate him… Well…. That’d be fun.

Arctic Monkeys – Do I wanna Know?