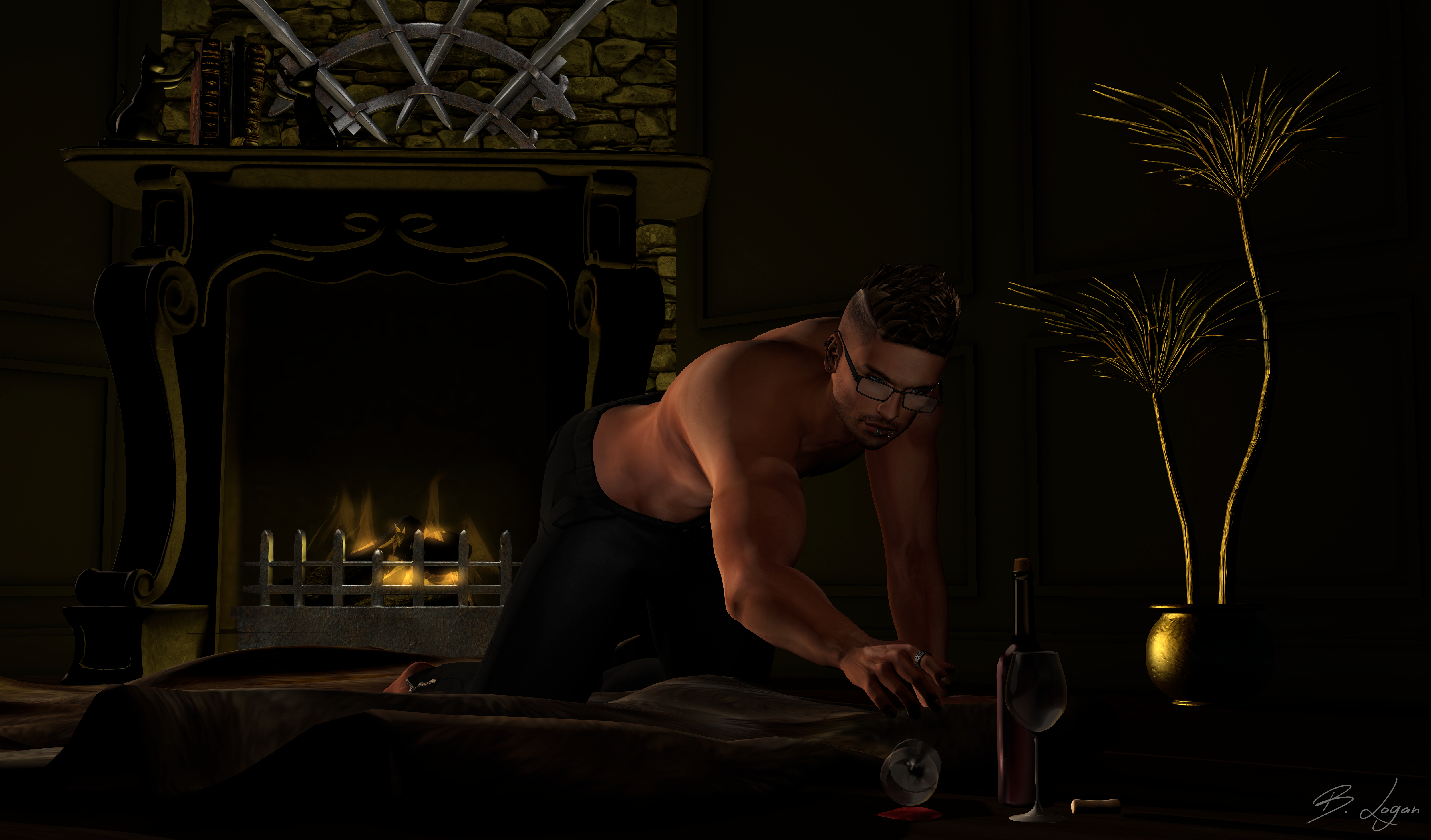 That sound when tender glass hits a hard surface, and you are just waiting for the sound of glass shattering, never came, thankfully.  The moment her foot hit the wine glass and tipped it over, he was over top of her on the rug and they both stopped moving immediately.  They looked at each other, frozen, except their raised eyebrows and grins that wanted to surface.

Simultaneously they both looked over his left shoulder towards the wine on the floor.  Taking the opportunity that he was distracted, she slipped out from under him, laughing once she got away.  His fingers had been traveling her body in search of what he wanted, making her laugh and jerk her limbs this way and that underneath him.  He was ruthless though and had her pinned down well against the silken fur warmed by the fire.

“Dammit!” he exclaimed, but it wasn’t about the spilled wine.

Grinning, she stood up in his shirt, and backed away, looking at him as she headed for the kitchen to grab a towel.  “That’ll teach you, now, won’t it?”

Before she ducked past the door frame, he looked up at her with his eyes over the rim of his eyeglasses, reaching to pick up the glass and move the fur rug away from the puddled Merlot. “I always get what I want… One way or another.”