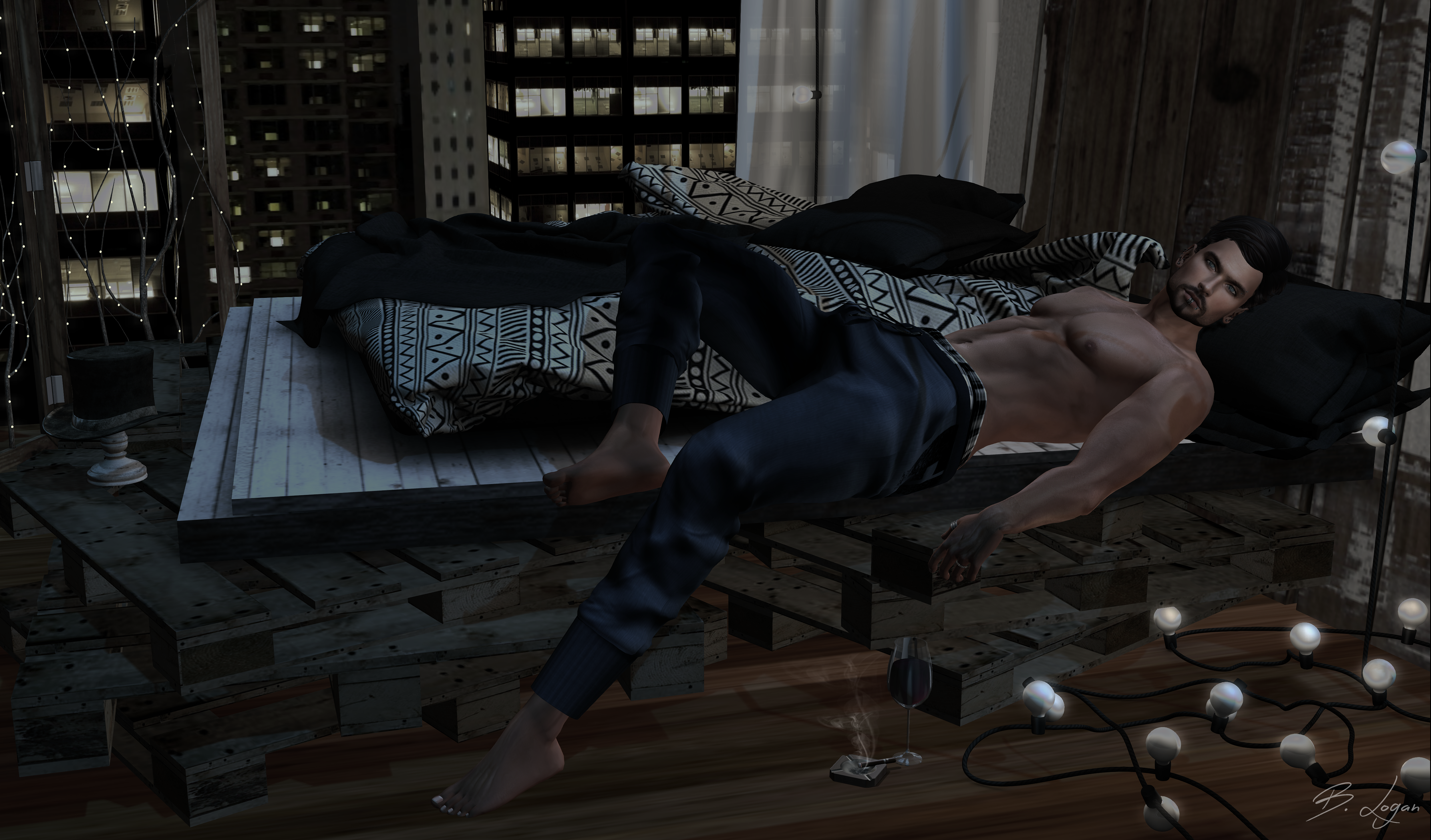 He had laid down to rest, first sitting on the edge of his bed looking out the window.  There was nothing in particular he was looking at outside, but rather a mindless focus to let his thoughts roam.  The reflection in the window caught her silhouette faintly.  His gaze outlined the beautiful curves, following the line down the side of her body without her knowledge….

But…. She belonged to him, therefore… She’d feel something.

Reclining against some pillows, he leaned into them, re-positioning his hips where he sat.  He watched her prepare herself for bed, taking off this and putting on that.  There was something to adore about her routine and the little things she did.  It amazed him how the smallest of actions by her could set his mind reeling with lustful and carnal thoughts.

His mind had wandered into a daydream, already imagining his preemptive dejavu.  Their bodies together on the bed in a flash.  His hand grabbing her flesh roughly.  Lips.  Limbs intertwined.  Hands being pushed above her.  Bodies sliding against each other.  Her voice…. Or the mere intrinsic sounds that escaped from somewhere deep inside of her.

Snapping out of it from hearing his name, she had called to him, and he looked up at her leaning against the doorframe.  The smile that crept onto her face told him she could read his thoughts.  The look in his eyes told her what to do.