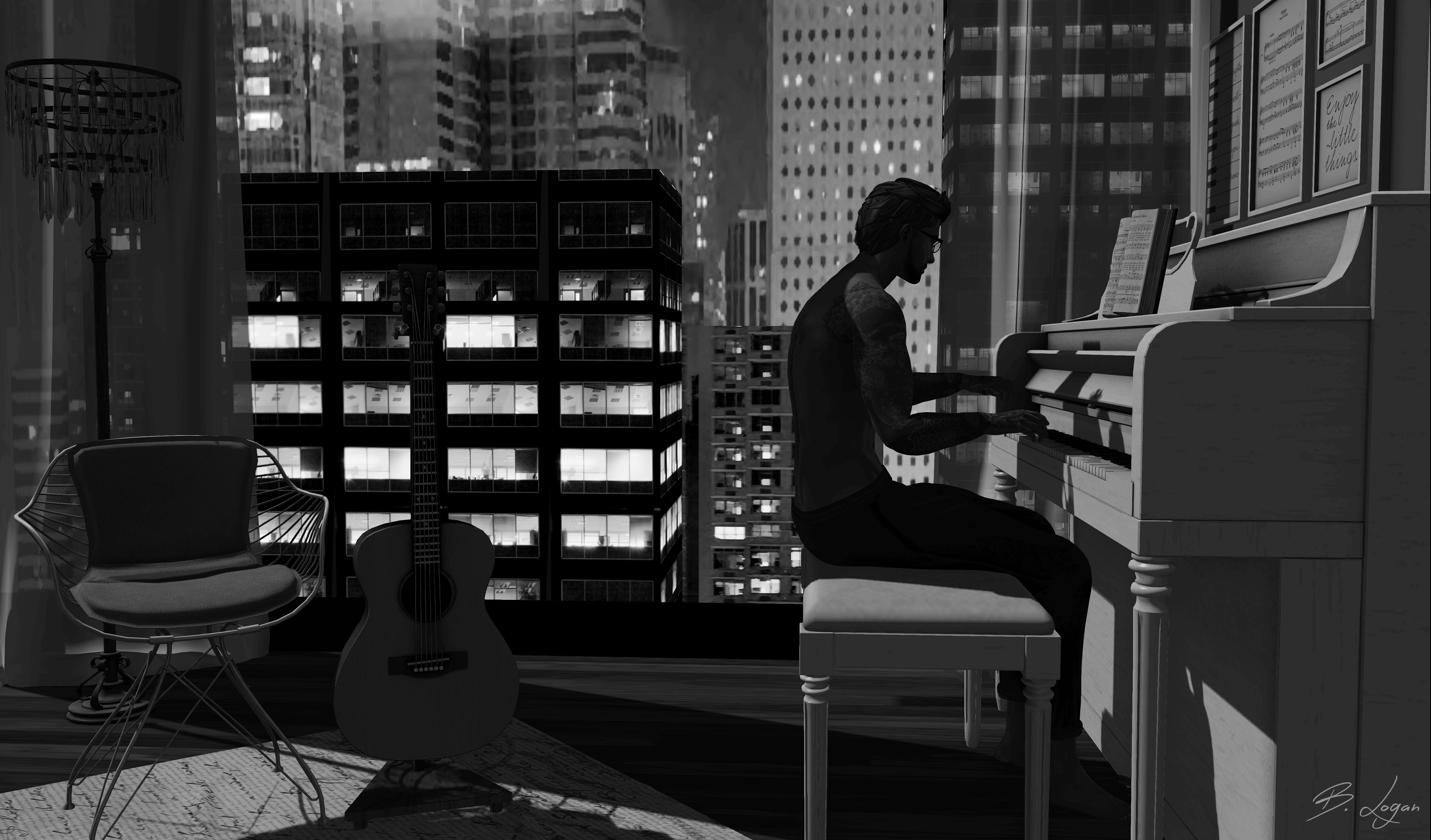 From a dead sleep, he found himself already at his piano.
Fingers gliding over ivory and ebony keys,
Eloquent melody published in the middle of the night.

His heart spoke.  His fingers translated.
His heartbeat the cadence that rooted the song,
The shadows of his movements the dance, making love to the darkness.

He was trying to be quiet, but he no longer cared.
The tune rose higher into a crescendo,
Before the last key was hit and hung in the air…