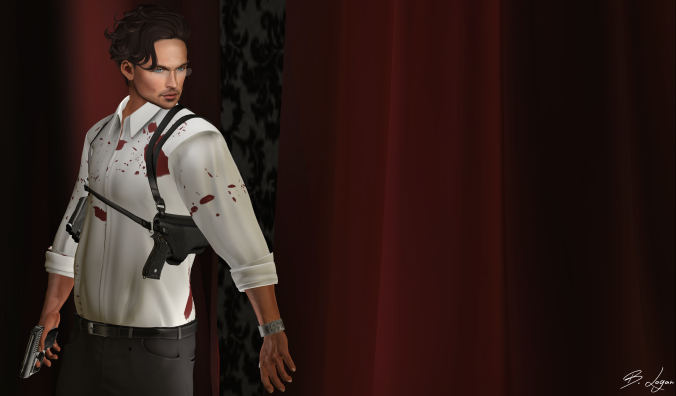 His breathing was silent, yet heavy, slow, and deep, as he slipped around the thick curtain and back into the great hall of the old Rawcliffe Castle.  Mr. Curtis and Ms. Fox were there to redeem the contents from the rest of their last heist back in Saint Luca at the Marqué Estate.

He told Ms. Fox to meet him back in the great hall once she found the book they needed. The book should be holding the information for an off-shore account worth around 15 million.  For some reason, Ms. Fox was rather confident they would obtain this information smoothly.  The blood on his shirt proved otherwise; at least on his end of the gig.

Wincing once as he clutched at his left shoulder, he fell down onto the very seat that Edward Langley sat in.  At the moment, Mr. Curtis didn’t care where he sat down as he assessed his shoulder.  He shivered from a cold chill just as he appraised his shoulder, noting the bullet still lodged in his shoulder.  Suddenly, he felt her warm body slide in behind him on the arm of the chair.  Turning his head a moment as he heard a light scraping sound, he saw her long legs swing one over the other and the bottom of the scepter she was obsessed with since they arrived earlier that day, pretending to be tourists. The castle was only partially used by the current nobles, whom were off on a short holiday. He winced, groaning only slightly as his body turned some, listening to her.  “I see you’re doing your usual lazing arou-…….” Ms. Fox’s eyes widened now with worry as she looked down at the back of his shirt and grabbed his good shoulder.  “What happened!?  Are you okay?  Oh no….”

The moment she grabbed him and pulled, he growled loudly, his eyes blazing as his head turned up to look at her.  Her hand let go immediately, and he rolled his eyes back as he hunched over again, resting his elbows on his knees.  Breathlessly he asked, “Did you….. Did you get what we came here for?”  His emotions were mixed at the moment.  He wasn’t used to someone caring if he was alright when 15 million dollars was at stake.  Not to mention the sporadic dizzy spells from his wound.

Her voice was soft… “It was you…. You killed those guards?”

“They weren’t guards… At least, they weren’t guards in that sense.  Those were hitmen.”  He wasn’t going to let it go this time.  She couldn’t see his face, but his jaw was tight when he wasn’t speaking, and his eyes were dark.  “Perhaps you know why they were here.”

Her eyebrows raised some but she quickly tried to regain composure.  He knew more than he let on.  There really was no reason anymore to hide the truth from him, but for some unexplainable reason, she feared his reaction.  She was still working through that herself.

Standing, she gently laid the scepter against the arm of the throne, and walked in front of him.  He didn’t move his head, but his gaze shifted to the pair of legs in front of him.  Even now, he had to resist the urge to follow those legs up.  In fighting that urge, his face softened, following her legs back down as she bent to gently toss the book at his feet.

That was enough of a distraction, and he looked down between his feet.  The book had flipped open to a blood stained page.  The pages of the book were cut to conceal the contents it held inside.  Peeking underneath a couple stacks of cash and some spare bullets was a torn off piece of paper, exposing a few beginning numbers indicative of a bank account number.  His head shot up to look at her.  He expected to see her usual proud smile having finished her task, but was met with a face heavy with worry.  There was even a wet trail from one of her eyes down her cheek.

“No….. No.  No,” he said, standing and reaching for her.  Mr. Curtis pulled Ms. Fox into his embrace.  “I’m fine.”  Although he winced again, he let himself feel… Not just the pain that was increasing in his shoulder, but the warmth she gave him whenever she was near.  Clearing his throat, collecting his thoughts as he swallowed, he pulled back, looking at her.  He holstered his gun, and took her hand. 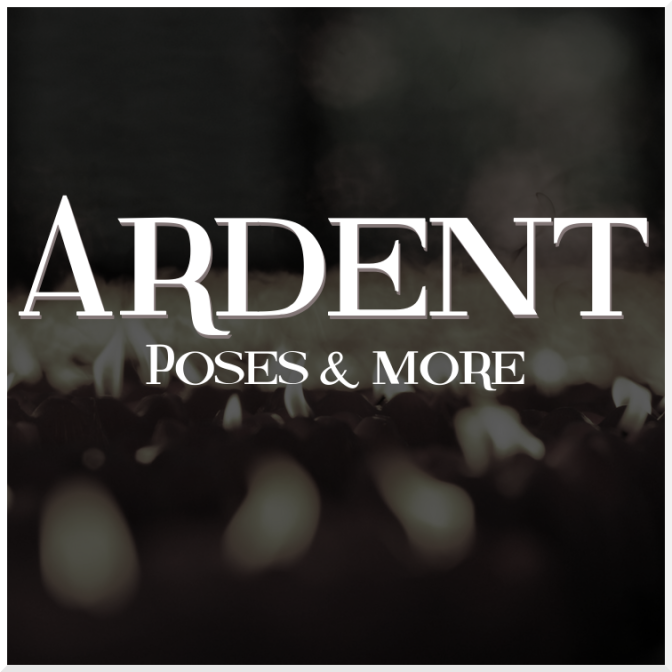